Q & A with League of Women Voters’ Sandy Waters! 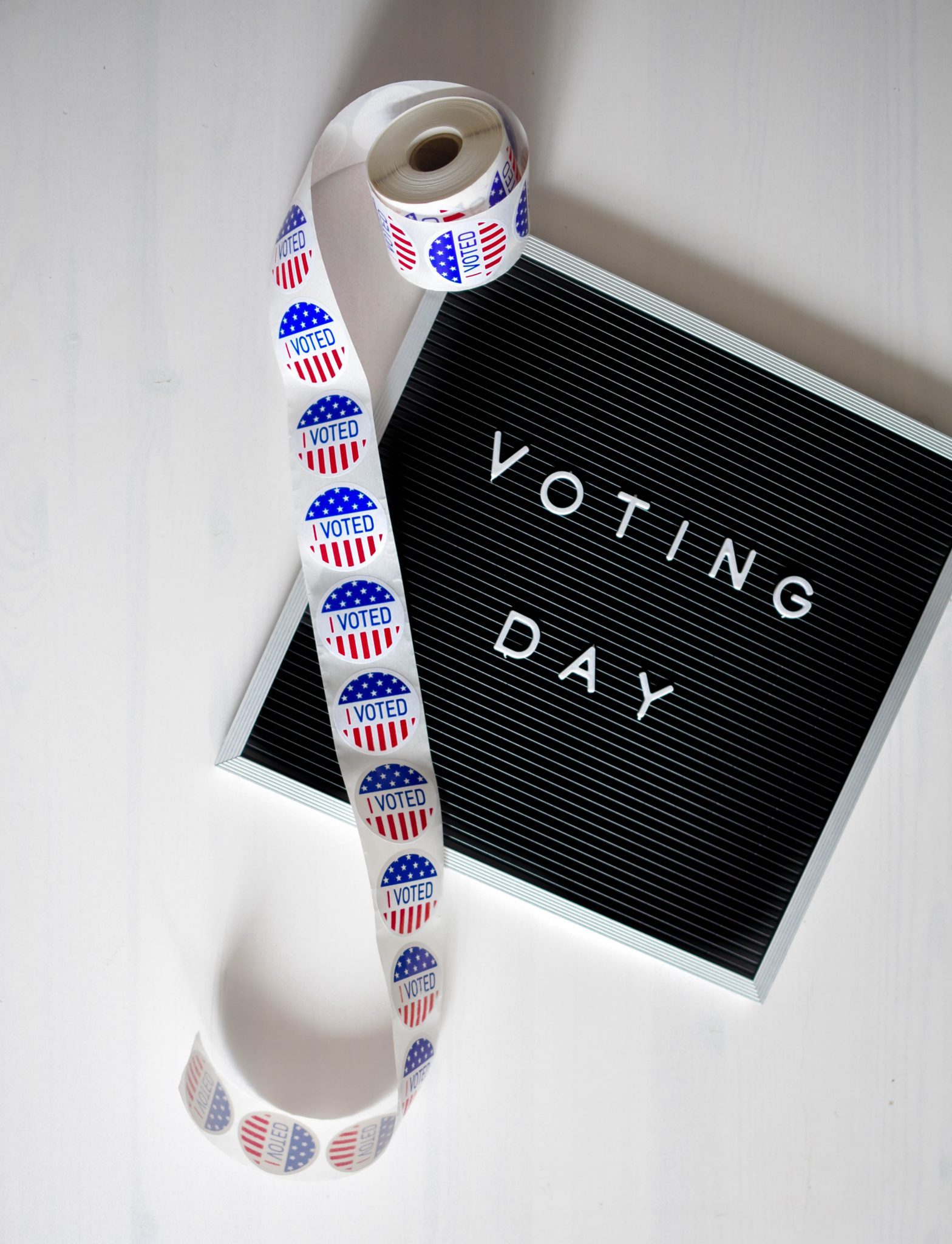 Election Day is around the corner, and researching the candidates and races can feel a bit overwhelming. One of our favorite resources is the League of Women Voters, a national non-profit and non-partisan organization that has a local branch right here in Greenwich. At LWVGreenwich.org you can find resources, local candidate events and more. To learn more about LMV Greenwich as well as the races to focus on November 8, we spoke to the organization’s President, Sandy Waters.

Can you please tell us a little more about LWV?
LWV Greenwich was established in 1921 as an outgrowth of the movement to pass the 19th Amendment to the US Constitution giving women the right to vote. We are part of a nationwide membership organization and governed by a local Board of 19 Directors. We have more than 320 members and thousands on our emailing list this fall.

LWV Greenwich builds citizen participation in the democratic process, studies key community issues in an unbiased manner, and seeks positive solutions to public policy issues through education. We welcome those of different political views both to our membership and to our leadership, provided they share a commitment to our mission.

We have a clear nonpartisanship policy which is Board-approved every year. We never support any candidate for political office. A 501(c)(3) IRS recognized nonprofit entity, we do advocate for adoption of policy at the local, state, and national level. In Greenwich our membership has approved local advocacy on behalf of electoral reform (fair redistricting, in person early voting, and no-excuse absentee voting) and a woman’s right to make her own reproductive healthcare decisions.

We also study and make recommendations to improve life here in Greenwich. In past we have recommended changes to the operation of the Representative Town Meeting and the Board of Estimate and Taxation, to name two. We are currently studying how the town can improve its Capital Projects Decision-making process.

For decades, our work has not been viewed as partisan. In our view, something has changed, but it is not the League.

For all Greenwich residents, what do you consider to be the biggest issues this year?

IN-PERSON EARLY VOTING, a referendum item on the back of this year’s ballot. Did you know that Connecticut has some of the most restrictive voting protocols in the country? Only four states do not have some form of in-person early voting: Alabama, Mississippi, New Hampshire….and, you guessed it, Connecticut.

REPRODUCTIVE CHOICE. This summer, the Supreme Court changed direction on the issue of abortion as decided in Roe v. Wade almost 50 years ago. Now, all decisions about abortion policy will be made at the state level. Currently Connecticut law protects a woman’s right to choose. However, change in the composition of the State Legislature and the US Congress (both Senate and House) could challenge that law in future. Positions affected: State Assembly Districts #149, #150, #151, State Senate District #36, US Congress, US House, Governor, Lieutenant Governor.

TAXES AND SERVICES. Many, particularly retirees, highlight taxes as a reason for moving out of Connecticut. Is Connecticut’s tax system appropriate for the programs offered, and if not, what taxes and/or program(s) should be cut? State Assembly Districts #149, #150, #151, State Senate District #36, US Congress, US House, Governor, Lieutenant Governor.

AFFORDABLE HOUSING. Many who service our local economy cannot afford to live in Greenwich. Connecticut’s affordable housing regulations have not achieved their goals in 30 years and are considered by many towns as State overreach of local zoning decisions. What measures would increase affordable housing in Greenwich? State Assembly Districts #149, #150, #151, State Senate District #36, Governor, Lieutenant Governor.

GUN CONTROL. Do Connecticut’s current gun laws strike the right balance between citizens’ rights and protecting our communities? What changes, if any, should be made? State Assembly Districts #149, #150, #151, State Senate District #36, Governor, Lieutenant Governor.

ECONOMIC GROWTH. What needs to happen for CT to grow and what would the candidates do to facilitate that growth? Positions affected: State Assembly Districts #149, #150, #151, State Senate District #36, US Congress, US House, Governor, Lieutenant Governor.

ELECTIONS ACCESSIBILITY. We anticipate that another referendum will be on the ballot in a future election that would ask the citizens of CT to vote to allow for No Excuse Absentee Balloting to continue beyond the pandemic emergency. Do the candidates support this referendum? Why or why not? Positions affected: Secretary of State, State Assembly Districts #149, #150, #151, State Senate District #36.

What are some upcoming debates that we can attend locally?
On October 11, the Round Hill Association conducted a debate with candidates for the Senate District #36 and for the Assembly District #149. The video of that debate is available HERE.

Why is it crucial, especially as women and moms, to be sure our vote is heard?
Turnout in off-year elections is poor, below 40%. The lowest turnout of all is from voters between the ages of 18 and 50. This means that many older residents are deciding the future for those who will live it. Low turnout disadvantages the complacent and rewards a minority of motivated voters who may not share your concerns and interests. It’s hard to say that the public will has been represented when as few as 20% can decide how the rest of us will live.

Women and moms have a unique perspective on life and deserve representation at the ballot box, both as voters and candidates for office. Every. Election. Counts. This year and every year. VOTE. And be sure to bring your children with you to the polls so that they begin to learn that the right to vote is a precious gift. Mom is every child’s first teacher.

Why is it important to learn about the candidates and resist voting along party lines?
Voting for representatives to local, state, and national government is not a personality contest. Your vote should acknowledge the individual who will best give voice to your values and priorities. You know that party labels and campaign jargon are not always true or accurate. Resist them and think for yourself. The best voter is one who makes the effort to understand what the candidates will do when in office if elected.

Where can people find out more information about the candidates and races?

Below is a list of all the candidates in our area and links to their pages. For all kinds of information about the election, including candidates’ views and information, go to www.Vote411.org.

Please review this  MAP to determine your district for State Rep candidates (149, 150, 151) based on your address.